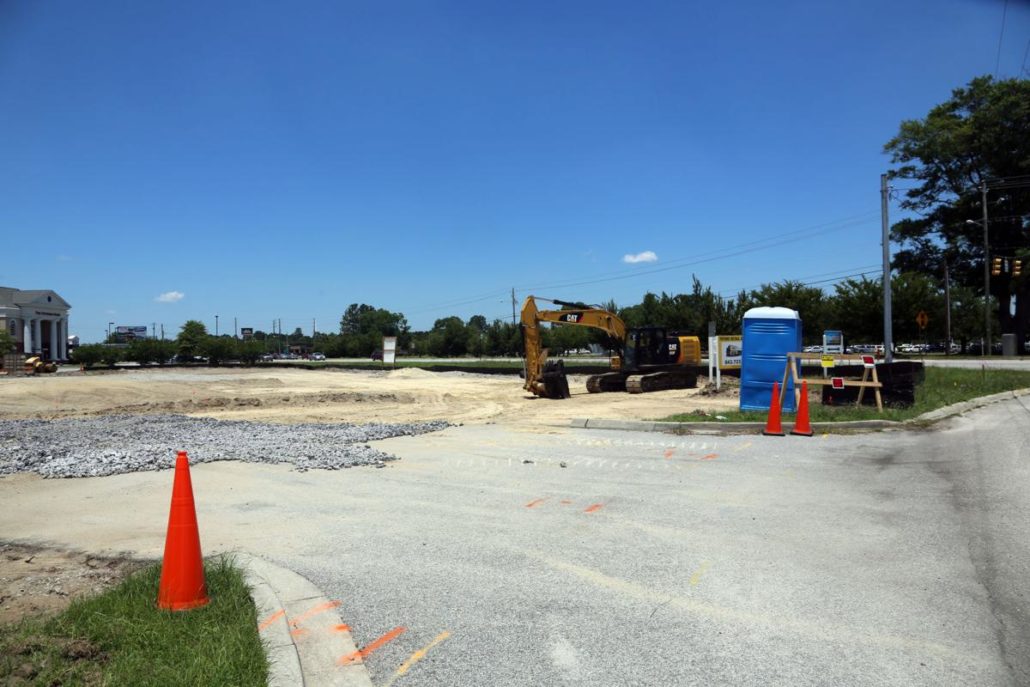 FLORENCE, S.C. — Starbucks officials said Wednesday that the company would be expanding its reach in Florence with a new store.

The company, based in Seattle, Washington, now has three locations in Florence: one with a full-service drive-thru at W. Palmetto Street, one inside McLeod Health Hospital and one inside Target at David H. McLeod Boulevard.

Starbucks will expand to the south side of town with a location at Pamplico Highway across the street from Carolinas Hospital. The new store will be a full-service drive-thru.

The coffee shop will be part of a four-store development by the Shopping Center Group. Starbucks will take up a space of 2,274 square feet. According to records, Firehouse Subs will join Starbucks with a 1,738-square-foot spot. Two remaining spaces, one at 5,230 square feet and one at 1,392 square feet, are available for retail.

“Starbucks is always looking for great locations to better meet the needs of our customers,” a Starbucks representative said.

Officials said the new Starbucks plans to open this winter.

On Tuesday, May 29, Starbucks closed more than 8,000 stores across the nation, including the one on West Palmetto Street, in an effort to train employees and reflect on the realities of bias in society.

The decision was made after an incident in which a Starbucks manager in Philadelphia called the police a few minutes after two black men arrived at a store and sat waiting for a friend. When police were called, the men had not yet purchased anything. They were arrested after police arrived at the store.

“May 29 was a day of open and honest conversation starting with our partners,” a Starbucks representative said. “Our decision to close stores for racial bias learning and education was sparked by Philadelphia, so we wanted to engage in race first. Over the next months and years, we will go into different forms of bias by adding more learning sessions on understanding bias, inclusion, use of the third place and leadership among other topics.”

Officials said that Starbucks will be attending a meeting this summer, hosted by the Leadership Conference on Civil and Human Rights, in an effort to take the next steps toward understanding how to address other forms of bias and how companies can best implement these lessons.

Heating and Cooling company expands from Ohio to Florence