In this economy, it’s more important than ever to plan for success.

Join this FREE Virtual Workshop presented by a certified SCORE mentor on Tuesday, January 25th at 12:00-1:00 p.m. It will cover all the important aspects you need to consider when planning to start a business and guide you through the process to help you decide if you’re ready.

Some of the topics covered:

After registering below, you will receive a confirmation email containing information about joining the meeting.

YP had such a great time at their kickoff networking event at SPC Credit Union on Thursday, January 20th!!! Special thanks to SPC for hosting a wonderful event and to everyone who attended!

A New Beginning Health and Wellness Center celebrated its relocation with a Greater Florence Chamber of Commerce ribbon cutting on Monday, January 10th.

The center offers a variety of services for its customers.

“I study a lot of blood cells to determine what might indicate nutritional insufficiencies, make nutritional suggestions,” said Dr. Diane Chapman, a microscopist.

The center also offers ionize detoxes that pull toxins from the body through the feet, body sculpting, medical massages and nutritional products.

William Barefoot, surrounded by his family and ambassadors from the Greater Florence Chamber of Commerce, cut the ribbon on Tuesday, January 10th for his new business, William R. Barefoot CPA LLC, as he joined the Chamber.

The event took place in the FMU’s University Place Gallery, located in the same building as Barefoot’s practice.

“I worked for a regional firm in the Florence area for over 23 years and last year decided to go out on my own and help small-business owners and individuals with their accounting and tax services,” Barefoot said. 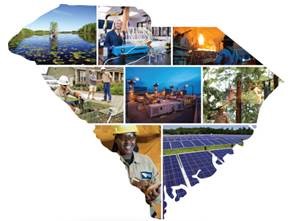 “Despite persistent industry challenges in 2021, consumer demand for our products remained strong,” said Anders Gustafsson, vice president of the Americas for Volvo Cars, which builds the S60 sedan at a $1.2 billion manufacturing campus in Berkeley County.

German automaker BMW, which builds its X-model SUVs in the Upstate, saw a 20.8 percent jump in North American sales in 2021 compared to the previous year, to 336,644 vehicles.

Hotels in the Palmetto State took a hard hit because of COVID-19 in 2020, but they didn’t perform quite as poorly as lodgings in the U.S. overall. Hotel occupancy nationwide that year was 44 percent, and revenue per room dropped 46 percent year-over-year.

But from March through August 2021, South Carolina outpaced the U.S. on occupancy and room rates. The state’s lead was largest in April when hotels in South Carolina were filling about 68 percent of their rooms versus 58 percent across the United States. Revenue per room in South Carolina that month was also more than $20 higher than the U.S. figure. 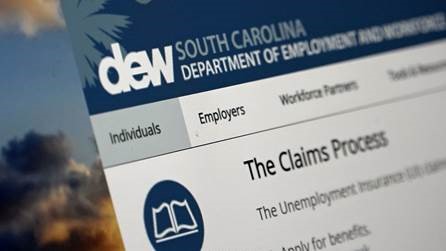 The first week of initial unemployment claims stretching into 2022 in South Carolina saw an increase of more than 2,400 from the previous week.

For the week ending Jan. 1, 3,582 initial unemployment claims were filed in the state, an increase of 2,447 from the week before. Anderson County saw 1,305 claims, the highest in the state by more than 800, according to data from the S.C. Department of Employment and Workforce. Richland County had 442 claims. 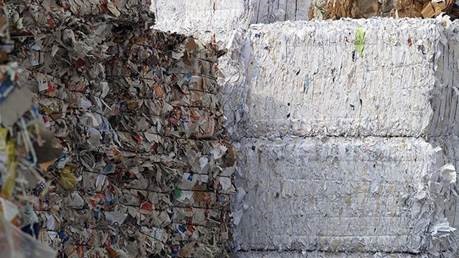 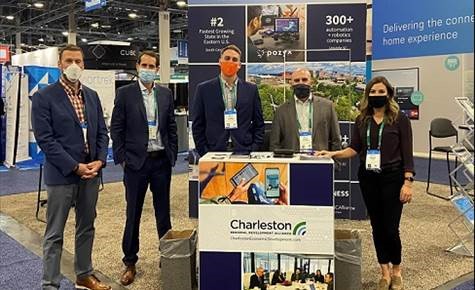 South Carolina is transforming into a hub for technology and innovation, and the best and brightest in ingenuity are representing the Palmetto State at CES 2022. Owned and produced by the Consumer Technology Association, CES is one of the world’s biggest tech trade shows and currently taking place in Las Vegas.

The Upstate SC Alliance and Charleston Regional Development Alliance, along with S.C. Commerce, have teamed up to once again showcase South Carolina and highlight the latest in innovation across the state.

This influential event, featuring the latest transformative technologies, is an opportunity to meet with top technology companies, innovators and research institutions from across the country and around the world.

On the agenda for this week’s meeting of the Florence Planning Commission is the approval of a sketch plan for seven townhomes to be located on a vacant lot between Bojangles and the Edward Jones office.

The plan calls for the front doors of the homes to face Celebration Boulevard.

The information provided to the Planning Commission does not indicate how many bedrooms the townhomes will have. However, a drawing of the townhomes indicates that they will be two stories tall and will have concrete parking in front of the units.

In 2020, the Planning Commission approved sketch plans for the construction of two townhome developments: an 8-unit building to be located near where Festival Lane turns toward its intersection with Celebration Boulevard and two six-unit townhome buildings behind the Fire It Up building.