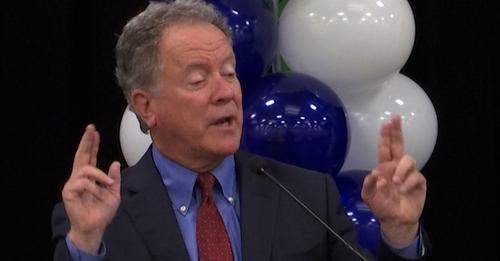 The world’s richest man has responded to World Food Program Executive Director David Beasley’s call to fight hunger.  A Darlington County native and former governor of South Carolina, Beasley was featured in a CNN article Saturday where he said the world’s richest people should do more to fight hunger. He made a very similar call as the keynote speaker at the annual Greater Florence Chamber of Commerce Membership Luncheon in September.  The headline of the article quoted Beasley as saying 2% or $6 billion of Space X founder and CEO and Tesla CEO Elon Musk’s $292 billion net worth could solve world hunger.  A screenshot of the article was tweeted by Dr. Eli David, Ph.D. with a fact check that said the World Food Program raised $8.4 billion in 2020 – roughly 43% of this funding comes from the United States – and that these funds did not solve world hunger.