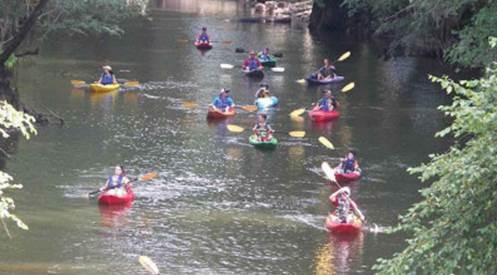 The 60-mile trail in Florence County carries paddlers into the cypress and tupelo-laden swampland Francis Marion used as a hideout while fighting the British during the American Revolution.