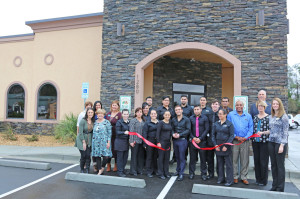 “We needed to change a little,” he said. It was October 2005 when Jose Perez Sr. opened a 5,000-square-foot location on the corner of Celebration Boulevard and West Palmetto Street, and 11 years later, the new 6,400-square-foot building boasts a private room for parties and ample outside seating on a covered patio.

Patrons can expect the same popular Happy Hour specials and the same speedy and attentive service, she said.

“We’re fast,” Perez Jr said. They pride themselves on getting the professional lunch crowd fed efficiently. “We get ‘em in and get ‘em out quick.”

His sister said their success can be attributed to good food, good service and the fact they want to treat customers like family.

“It’s basically the same menu – we’ve added a few new items and look forward to seeing everyone at our new location,” Perez said.

City of Florence provides and update on hurricane clean up.