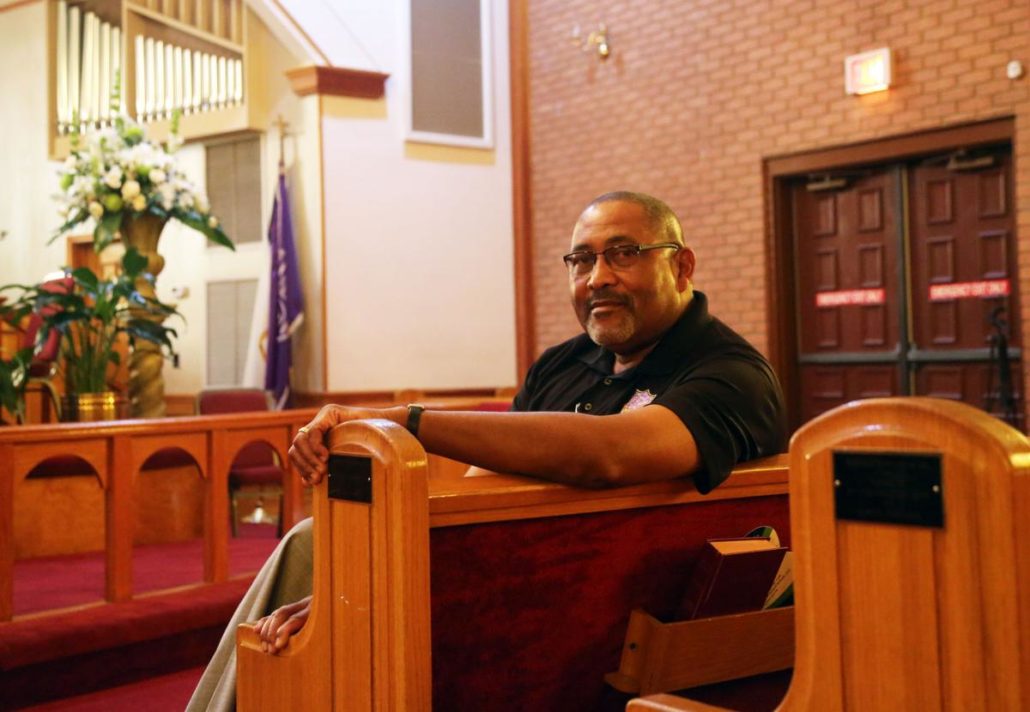 FLORENCE, S.C. — The Rev. Merritt Graves says he wants to be remembered a lot less for what he did and a lot more for what God did through him.

Graves, the pastor at Mt. Zion AME Church, served as the Greater Florence Chamber of Commerce’s Board Chairman during the 2017-18 term.

During that time, Graves said, he was able to build valuable relationships.

“If you’re going to do anything in the community, you have to build relationships,” Graves said. “I got to meet a lot of different people as part of the chamber and on the chamber board that are just awesome. There are a lot of great people in the city of Florence and it gives you an opportunity to really get to know folk and for folk to get to know you.”

Graves was named to serve on the Chamber board by the nominating committee. During his time serving on the board, he was nominated to be the chairman-elect. That’s when he took over as the 2017-18 Chamber board chairman.

On Sunday, July 1, Graves rotated off as the chairman.

“When this all began, the individual who approached me was a person that I had a lot of respect for,” Graves said. “My membership with the chamber is going to remain. I love what they’re doing. They’re a great organization and I really like what they represent and what they’re trying to do for the community in Florence.”

Mike Miller, president of the Greater Florence Chamber of Commerce, said Graves was able to help the chamber improve as a result of his leadership.

“Rev. Graves was a pleasure to work with,” Miller said. “The staff also enjoyed his input and backing throughout the year. It was clear he is a man of integrity and character. The chamber is better off today for having his influence and support. We will carry that inspiration forward into all of our programs and projects.”

Graves said serving with the Chamber is something he has enjoyed doing.

“You get to learn that, as people, we really aren’t as different as we think we are,” Graves said. “You get to tear down that keeps us from getting to know one another.”

Graves added that the success of the Chamber couldn’t be possible without its staff members.

“The Florence Chamber is great because of the staff they have there,” Graves said. “Mike Miller and his staff make being part of the Chamber easy. They carry out the mission of the Chamber and work hard every day. The Chamber can’t be what it is without the full-time staff there that put all of this together. They guide us and do an excellent job.”

Graves has been serving in the ministry for 30 years. He said that he served in the Pamplico area for 14 years before being moved to Mt. Zion AME Church in 2008.

He said he appreciates his family’s support and the sacrifice that they make serving in the ministry.

“It [ministry] was not something I sought to do, but was truly what I was called to do,” Graves said. “I believe that if you’re not called into ministry, you won’t be able to stay in ministry. While God does not always call those who are equipped, he equips those he calls. My family has been crucial to my ministry. They’ve always been supportive and there’s nothing else I’d rather be doing than pastoring.”

Graves said he will continue to pastor his church and work in the community through the ministries of his church. He also is excited about partnerships with other churches and organizations to make the city of Florence a better place.

“I want to be remembered for taking an active part in the community to better the lives for generations to come,” Graves said. “Not just me, not just any particular group, but for everybody. I’d like to think that I made a difference in the community through the things that I’m involved in for years down the road.”