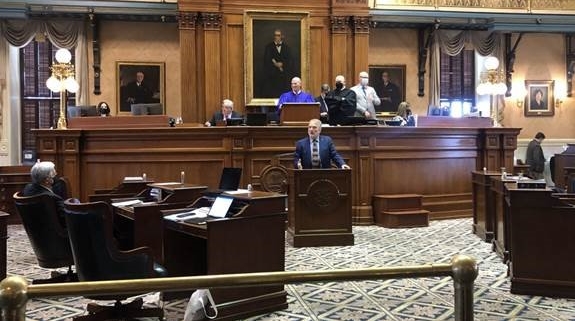 Both bodies of the South Carolina General Assembly introduced legislation this week that penalizes Russia following last week’s invasion of Ukraine and continued military operations against the Ukrainian people. Members of both the House and Senate filed legislation that would divest the state’s public retirement funds from any assets owned or controlled by Russia and prevents the SC Retirement System from investing in any assets that are owned or controlled by Russia. Sen. Minority Leader Brad Hutto (D-Orangeburg), who also introduced a bill condemning the invasion, was quoted as saying “We can’t stand by and watch this take place without speaking up.”

The House bill also prevents the South Carolina Department of Commerce from offering or rewarding economic development incentives to any company that is at least 50% owned by an entity that is a subsidiary of the Russian Government. Members of the House also introduced legislation that would prevent retailers from selling any liquor that was manufactured or produced in Russia.

South Carolina joins a growing list of states that have taken action to divest their pension funds from Russian assets, to ban Russian alcohol and other Russian goods, and to assess other financial penalties.

HopeHealth Partners with TogetherSC in Lake City
Scroll to top